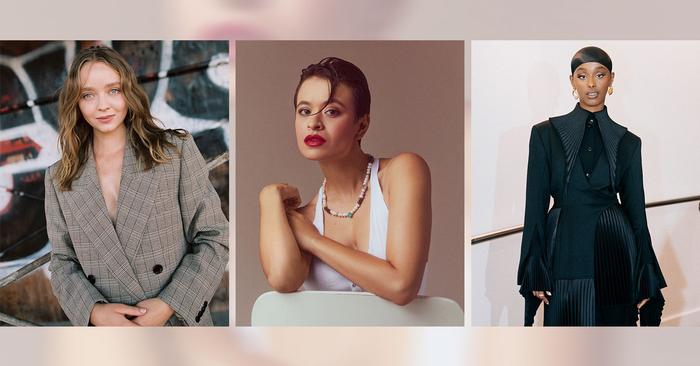 WHAT: Pierre Choderlos de Laclos’s 1782 novel Dangerous Liaisons is considered to be one of the most controversial works in European literature. Yet the scandalous story—which follows a scheming widow and her narcissistic ex-lover who make a cruel bet at the expense of another woman—has been the subject of countless adaptations across the stage and screen. Its themes of love, jealousy, and envy remain timeless, giving way to new and exciting interpretations of the work, like the Starz series Dangerous Liaisons (November 6). The show serves as a prequel to the events of Laclos’s book, diving into the origin stories of each of its characters. In regards to casting, we’ve got our eyes on Kosar Ali in the role of Victoire, a chambermaid tasked with carrying out many of Marquise de Merteuil’s schemes. The BAFTA-nominated actress gained much critical acclaim following her performance in Rocks, and we’re excited to see how she leaves her mark on this series.

Dangerous Liaisons is a story that has been adapted across stage, opera, ballet, film, and television. I’m particularly excited about this version for Starz because… As many know, Dangerous Liaisons has been a story that has taken many different angles and perspectives throughout the years. However, I’m particularly excited about this version on Starz, as it’s a prequel or prelude that really explores how those characters came to be and the events that have transpired and led them to their destination.

Though the original novel was published in 1782, I think the story is still relevant today because… Dangerous Liaisons is a text that explores so many common themes of the human condition, from jealousy to envy to love. Even if written in 1782, it will always be relevant because, as time goes on, the human experience rarely changes. Victoire is special to me for so many reasons, but mainly because of her ambition. She has such an admirable drive to her humour and beauty along with being mischievous and brave. She’s majestic and subtle. Whilst filming, we called her the detective of the show because what she puts her mind to she really does.

Outside of acting, some of my other passions include… I really love writing. [I write] mostly short stuff and poems to myself, but I think I might actually take it seriously. I also love photography, mostly film of candid moments and portraits. I shadowed our director Olly Blackburn on Dangerous Liaisons for a few days, and directing is something I think I might love to do in the future.

If you catch me off duty, chances are I’m wearing… If I’m not working and in a costume, I’m usually wearing how I feel on the day. It’s weird, but I dress depending on how I feel, but mostly, it’s oversize clothes that are comfortable and cute.

When it comes to fashion, I’m a total sucker for… I love fashion. It’s my language and honestly what makes me feel confident and expressive. I’m obsessed with clothes that tell a story, from proportions to structure, anything that talks to me and gives me that fire in my gut.

My fall wardrobe would not be complete without these three pieces…

(2325)
£24.99 (as of October 17, 2022 17:40 GMT +00:00 - More infoProduct prices and availability are accurate as of the date/time indicated and are subject to change. Any price and availability information displayed on [relevant Amazon Site(s), as applicable] at the time of purchase will apply to the purchase of this product.)

(4253)
£7.99 (as of October 18, 2022 17:48 GMT +00:00 - More infoProduct prices and availability are accurate as of the date/time indicated and are subject to change. Any price and availability information displayed on [relevant Amazon Site(s), as applicable] at the time of purchase will apply to the purchase of this product.)